"From a little rock above my tent I have spied out the land and seen the towers and gardens of Hayyil."

Born in Washington, County Durham in 1868, Gertrude Belle was a British explorer, writer, archaeologist and spy, who explored the Middle East, Asia, and Europe.

Due to the nature of the family business Gertrude found herself travelling overseas and being immersed into foreign cultures at a young age. She was bright, precocious, outgoing and studied at Oxford University, gaining a first in modern history after two years of study.

After leaving Oxford in 1892, Bell travelled out to Persia to visit her uncle in Tehran. During her stay she developed a love for the Arab people as she visited archaeological sites, learning their language and travelled deep into the desert. A lone woman among Arab men, to many she became known as "El Khutan", the 'Respected Lady,’ or ‘Queen’ in Persian.

She spent much of the next decade travelling around the world, developing a passion for archaeology, mountaineering in Switzerland, and languages. She became fluent in Arabic, Persian, French and German, Italian and Ottoman languages.

Between 1899 and 1904, she conquered a number of mountains, including the La Meije, the Matterhorn and Mont Blanc, as she recorded 10 new paths or first ascents in the Bernese Alps in Switzerland.

Nicole Kidman in 'Queen of the Desert'.

The Arabian Peninsula in the 1900’s was controlled by the  Ottoman Empire and had been since 1560.

The coastal towns were major trade hubs between Asia and the Ottomans. The Sultans were concerned mainly with the security of the holy cities of Mecca and Medina, the pilgrimage destinations of Ottoman and other Muslims.

The lack of significant inland economic resources, coupled with a harsh climate made direct rule in Arabia an unattractive adventure. This allowed local power centres in Arabia to compete for the control of the meagre resources and trade routes. Local emirates based in oases and small towns rose and fell throughout the years, without any being able to unify the territory into a single polity. 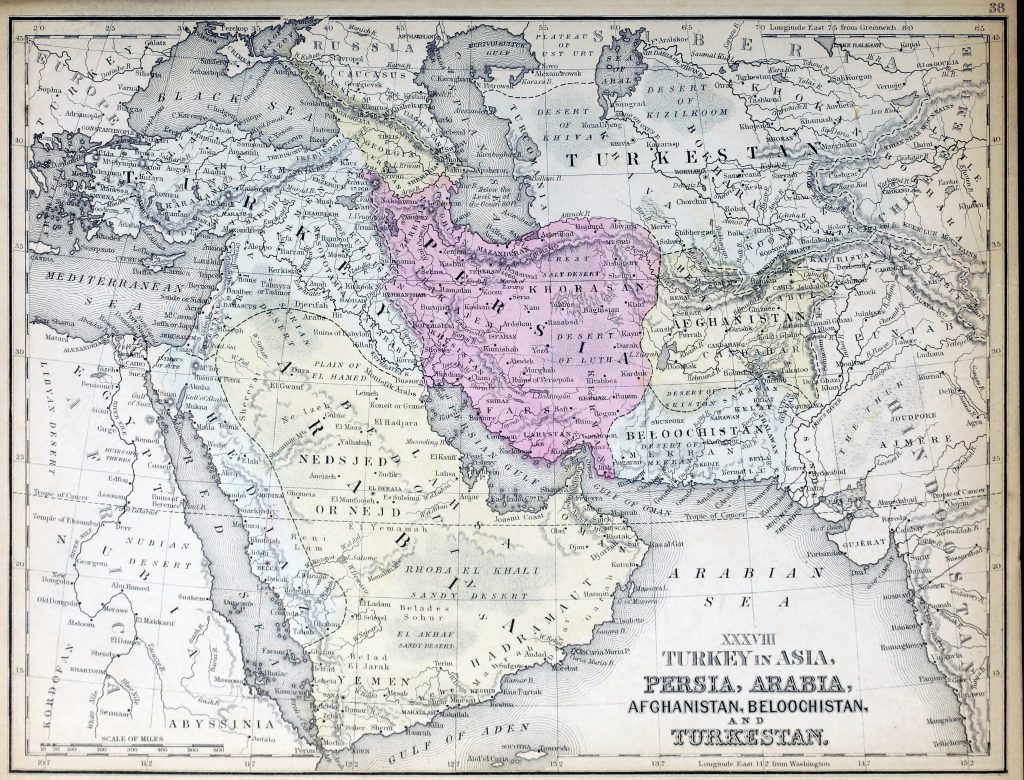 From 1900, over a 12-year period Bell undertook six major expeditions, on horseback and camelback, through the deserts of what are now Israel, Lebanon, Syria, Jordan, Turkey, Iraq and Iran. Her explorations spawned a number of classic travelogues, notably ‘The Desert and the Sown’ (1907). She also undertook several archaeology surveys which she published including the scholarly monograph ‘The Palace and Mosque’ of Ukhaidir following her archaeology work.

Her final trek occurred in December 1913 covering 2,785 kms visiting Amman, Ha’il and Baghdad before riding back to Damascus. This was to be her most dangerous journey to date because of the unrest in Ha’il and the fact it was in the forbidden zone of Arabia. No one had been to the city since 1850.

The start of the journey was beset with poor weather, bandits and Turkish officials keen to stop her; however, she persisted discovering ancient ruins en route. She recorded both the Arab and Persian ways of life and the workings of the Amir’s court in Ha’il whilst staying with him.

Unknown to her, the information and cartography from her journals would soon provide valuable information to the intelligence services as war loomed on the horizon. 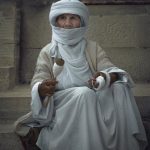 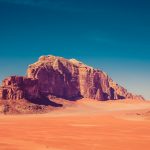 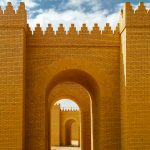 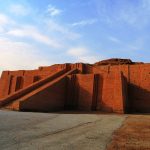 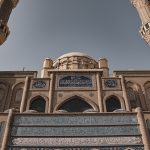 The Grey Mosque in Iraq 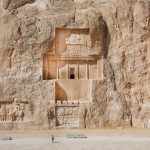 The oldest relief at Naqsh-i Rustam dates to 1000 BC. 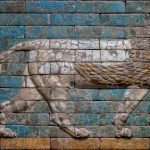 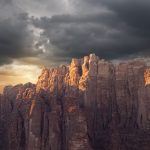 Sunlight on Wadi Rum mountains in the evening, Jordan 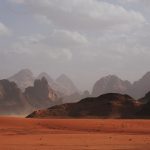 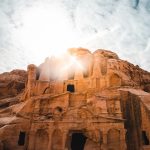 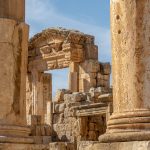 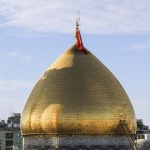 During the First World War, Bell was the only female political officer serving in British forces.

Due to her knowledge of the deserts within both Persia and the Arabian Peninsula she was asked by British Intelligence to move soldiers through the desert. She did this using locals that she had directed and led on her expeditions. She also helped gather support for 'Lawrence of Arabia' within the Arab tribes.

With her mastery of Arabic languages,  first-hand knowledge of the tribal allegiances, the geography of the Middle East it made her a powerful figure in the world of politics and diplomacy. Some of her essays, collected together as ‘The Arab of Mesopotamia’, were given as an instruction manual to British officers newly arrived in Basra, and in 1917 she was appointed Chief Political Officer to the British Resident in Baghdad. 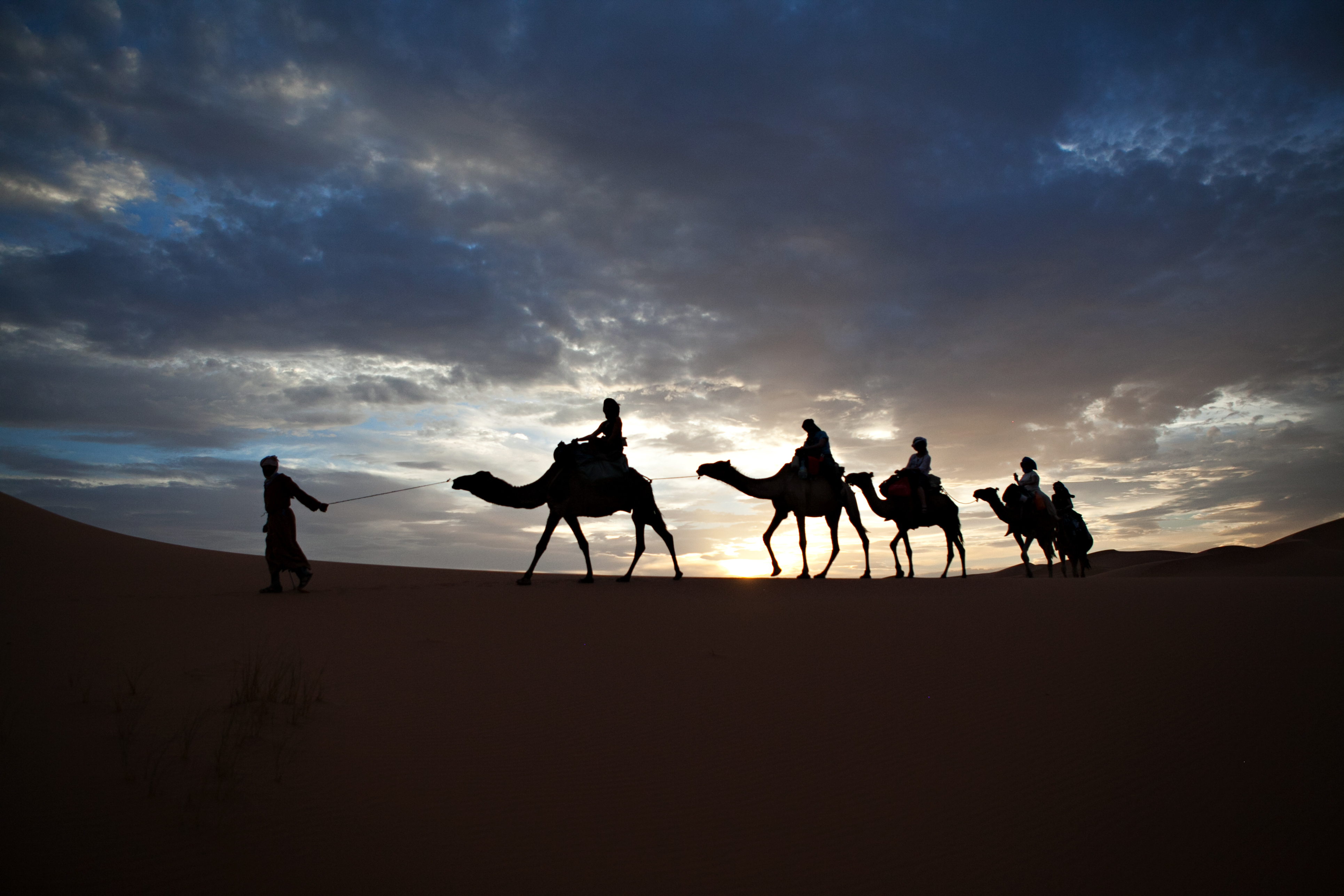 Guiding a camel train in Desert

Walls of the historical city Babylon.

The Ottoman Empire collapsed at the end of the Great War, resulting in its territories being carved up by the Allies. Bell was requested to create a report on ‘Self Determination of Mesopotamia,’ looking at how the region should be ruled.  In 1920 using the report, Bell was instrumental in the creation of Iraq and choosing the ruler King Faisal and the flag, bringing unity with the various Caliphate states.

Belle championed the idea that relics and antiquities should be kept and preserved in their home nations. Her work eventually led to the establishment of the National Museum of Iraq, which housed the world’s largest collection of Mesopotamian antiquities until the Iraq conflict.

According to English Heritage ‘she travelled with a Wedgwood dinner service, silver candlesticks and hairbrushes, and two tents – one for her writing table and one for her bed and bath (in which she washed with lavender soap). She carried fashionable evening wear in her luggage, but hid guns beneath her petticoats and carried cartridges in her boots.’